The small-scale transport company founded by the eight brothers in 1937 has grown in 80 years to become the largest bulk carrier in the north and east of the Netherlands. A lot has changed in the past 80 years.

When eight brothers of the Vredeveld family bought a truck together in 1937, they could only suspect in their wildest dreams that this purchase laid the foundations for an internationally operating logistics service provider. After 80 years, Vredeveld has grown into the largest bulk carrier in the north and east of the Netherlands, with branches in Hoogersmilde and Borne.

After the foundation in 1937, the brothers first started transporting building materials for the Roelfsema sand-lime brick factory in Hoogersmilde. In the years after the Second World War, when large parts of the Netherlands had to be rebuilt, sand-lime bricks were an important building material. Vredeveld initially transported the sand-lime brick on a small-scale basis to various building sites in the Netherlands. That was heavy and time consuming work. After all, at that time there were no mechanical aids and the stone trailers were still unloaded by hand. In 1963 Vredeveld invested in the first hydraulic loading and unloading crane. With this crane the sand-lime bricks could now be loaded and unloaded hydraulically, which caused an important turnaround within the transport company. The company grew in size and employed drivers. At that time, the Vredeveld brothers started to focus more and more on the strategic direction of the company.

Due to the growing demand for transport from AKZO Hengelo, Vredeveld decided to look for a second branch near Hengelo. This allowed AKZO to be served faster and more efficiently and to provide a better service. This second branch was opened in 1989 in Borne in Twente.

At our site in Borne, we offer warehousing and full-fledged storage and transshipment facilities for bulk goods. By using our DINO bulk truck filler, we efficiently load your bulk goods from big bags to bulk trucks.

Vredeveld has outgrown the country's borders over the years. At the beginning of 2011, intermodal transport of bulk containers was started. Where as in previous years the bulk trailers did not extend beyond the Benelux, Germany and Denmark, products are now transported throughout Europe.

The small-scale transport company founded by the eight brothers in 1937 has grown in 80 years to become the largest bulk carrier in the north and east of the Netherlands. A lot has changed in the past 80 years. Nevertheless, the basis of the company has always remained the same: Vredeveld is still the trusted family business, and the company can still be regarded as one big family. The directors are Richard Vredeveld, Mischa Vredeveld and Camille de Haas. Together with the team of dedicated employees, Vredeveld literally and figuratively goes the extra mile for you. Thanks to the personal involvement of the employees, Vredeveld can always say: "A deal is a deal". And that will not change in the future.

Your logistics our promise

Vredeveld Logistic Solutions is our non-asset based business unit, where all aspects of the Supply Chain are organized.

Within our logistic process we go much further than just transporting goods. We also handle storage and transshipment as well as customized solutions, and rightly so.
Asset solutions 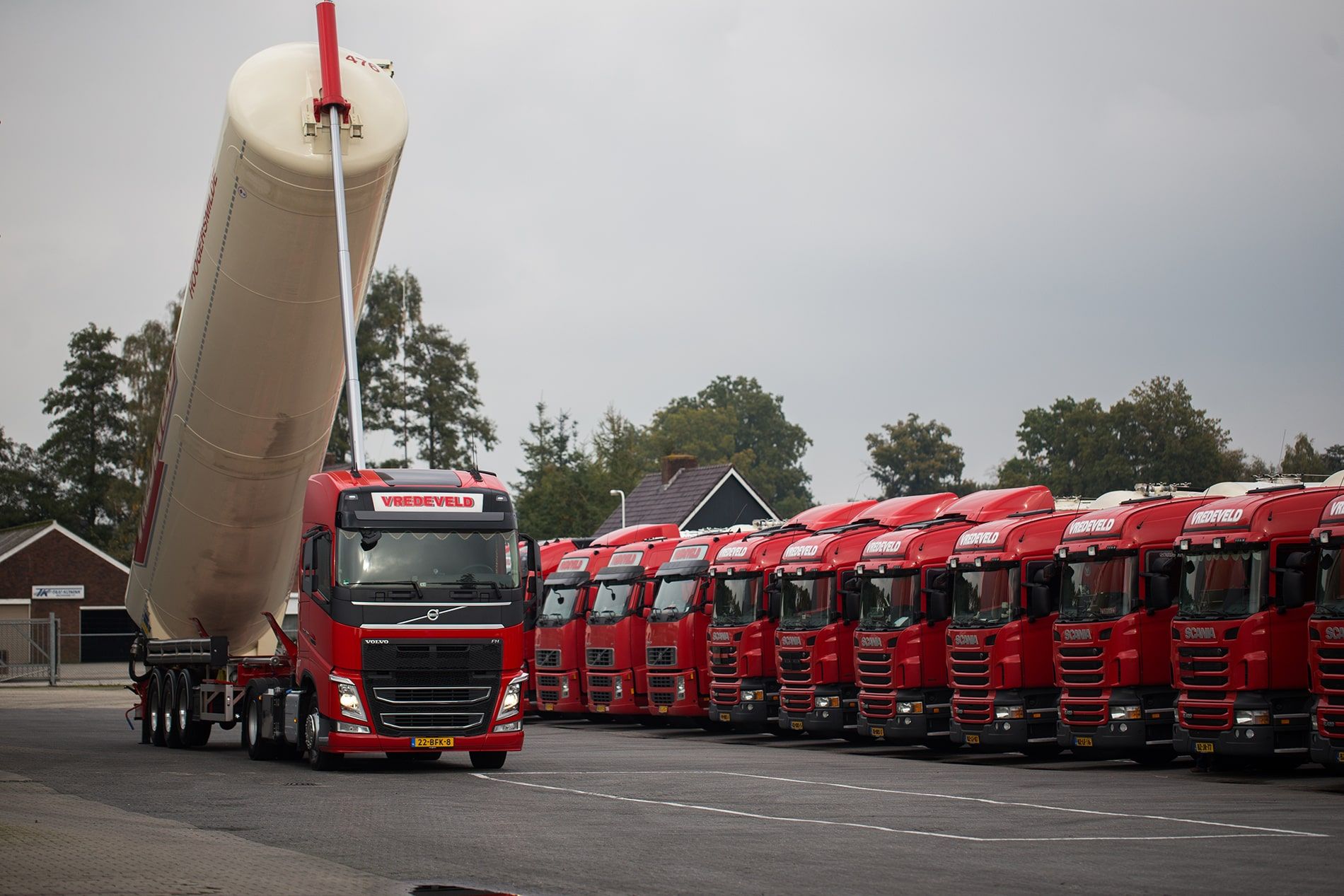